Grace House guests attend workforce and independent living classes on a weekly basis through our STRIVE (Self Sufficiency Training for Reaching Independence & Vocational Empowerment) Project.  These classes have had a transformative affect on their lives of some of our guests. Here is an example:

Striving For Success by Elana Warsen

It was a typical lunch hour at the Grand Rapids South branch of Affinity Plus, when Debbie walked in. The excited expression on Debbie’s face made it clear she had come to the credit union for something much more extraordinary than a simple transaction. She was there to share her hope, pride, and gratitude about something important that was happening in her life.

The evening before, my colleague Jozette and I had visited Grace House, where Debbie was a guest, to lead a resume building workshop. As usual, we left Grace House feeling as though we had only scratched the surface of the topic we were covering, and hopeful we had made some sort of an impact.

Little did we know our workshop had inspired Debbie to immediately get started working on her own resume. She had come to Affinity Plus to show us the results of her labor: a beautifully formatted, carefully crafted, and sure-to-impress resume! Debbie told us she was on her way to apply for two jobs. The confidence and pride she radiated were felt by everyone in the room.

As she was leaving, Debbie left us with some encouraging words. “Thank you for teaching that class last night. It did a world of help for me. I am going to go to Grace House now and show everybody what I made.”

Debbie’s visit was a wonderful reminder that time spent helping others is always a good investment. It was a joy to witness the dividends of our community’s investment in Debbie.

Update: Later that day, Debbie got a call from the manager of a fast food restaurant: one of the two businesses that received her resume. She interviewed for the position and started her new job on March 25. Way to go, Debbie!

Nicole’s Story – From Homelessness to Happiness 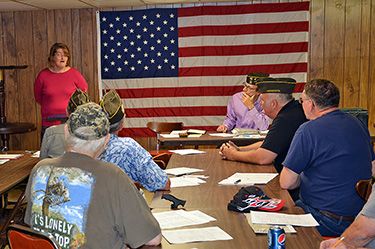 Nicole was a guest at Grace House.  When she came to our shelter, she was shy, guarded and keenly suspicious; unwilling to make conversation, and unable to trust.  Growing up in the foster care system exposed her to ongoing and unimaginable abuse.

By the age of 16, she was living under bridges, in cardboard boxes and garbage dumpsters and a variety of drop-in homeless shelters Down South.  Nicole matter-of-factly explains, “Living in various shelters, I was treated as though I had leprosy or some other kind of disease.  In other words, people treated me with disgust.”

The first week at Grace House, Nicole isolated herself in her room and resisted the staff’s efforts to help her find stable housing.  With support and encouragement, her seemingly impenetrable walls began to crumble.  Her self-confidence grew quickly. She became talkative, playful, and eager to come back as a volunteer.  Before the end of her second week at Grace House, Nicole found her own apartment!  Suddenly, she was hopeful for her future.

Since then, Nicole has undergone a complete transformation.  She’s overcome unbelievable adversity and continues to face her fears head-on.  She’s become a mentor to our guests, a trusted volunteer, and most importantly, an independent, self-assured woman.  Nicole has been successfully living on her own for the first time in her life.

Nicole now enthusiastically volunteers to speak publicly to share her Grace House experience with others.  When asked why, she says,”Someone gave me a chance to be a unique individual and I plan on giving other people the same chance the staff gave me.  It has also helped me overcome my fear of public speaking.”

During a later United Way grant site visit, Nicole commented, “The Grace House staff and volunteers made me believe in myself.  They had faith that I could survive against all odds.  They believed in me when no one else did.”

The homeless population in Itasca County has increased by 22% in the past three years. 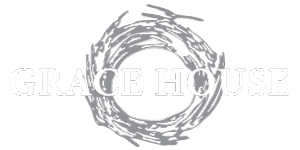 Providing safe, temporary shelter for individuals and families experiencing homelessness, and connecting them to community resources in Itasca County, Minnesota.